Fabulous revision resources can be found for Year 11 at the following link: https://t.co/DLqGHgEpxJ

Red Nose day is 19 March Mr Bridges has set himself an ambitious challenge, please have a look and donate if you can. https://t.co/q1SLB8dPlK... https://t.co/iLlAJy686z

Red Nose day is 19 March Mr Bridges has set himself an ambitious challenge, please have a look and donate if you can. https://t.co/oznxmWK1WE https://t.co/Ka9pNjDzig

The latest edition of our HAR from Home Newsletter has been published on our website today. We hope you enjoy it. https://t.co/0je6shNLXn

Harris Academy Rainham has been accredited for transforming practice in Principled Curriculum Design within SSAT’s Framework for Exceptional Education. https://t.co/nHGdmhdmFF

.... This is to ensure we can maintain social distancing and year group bubbles for the safety of all children. There is a summary of the dates and timings for year groups attached - however you must refer to your letter when received for the exact time of arrival. https://t.co/cQUJSkNa3j

Parents/Carers will receive a letter in the post this week with full details on arrangements for returning to school and with the exact date and time for each individual child. Please note that children must only come to school at their allocated date and time... more

... and encouraging teens to start loving life, to become their very best self, with tips on how to stay cool under pressure and be determined and most importantly ‘happy’. Individuals will need to register in advance for this session via libraryevents@havering.gov.uk

On Thursday 9th January we were very lucky to have Leslie Kleinman, BEM, visit our school to speak to Year 9 about his experience as part of a visit organised by the Holocaust Educational Trust.

Leslie’s testimony enabled students to better understand the nature of the Holocaust and to explore its lessons in more depth. This visit was part of the Holocaust Educational Trust’s extensive all year round Outreach Programme, which is available to schools across the UK. 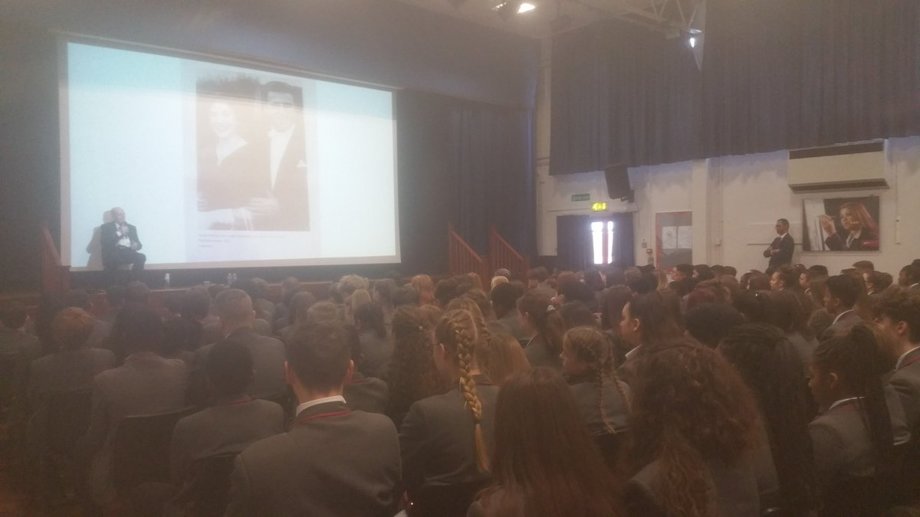 Leslie was born on 29th May 1929, in Satu Mare in Romania into an Orthodox Jewish family. After the Nazi occupation of Satu Mare, Leslie’s father was taken to the Soviet Union, where he was forced to dig trenches close to the Russian front. He did not survive the hard labour and died soon after.

In 1944, Leslie and his family were deported to Auschwitz-Birkenau. Leslie was separated from the rest of his family who were all taken straight to the gas chamber with the exception of one sister. At Auschwitz-Birkenau, Leslie worked building a railway and later worked unloading bags of cement from the trains.

Towards the end of 1944, with the Russian army approaching, Leslie was sent on a Death March to Oranienburg and then onto Flossenburg, where he stayed for approximately three weeks. From there, Leslie and the remaining prisoners were sent on a second Death March towards the Dachau concentration camp.

During the march all of the Nazis disappeared and Leslie was liberated by American troops. Leslie was then sent to a monastery to recuperate for six months. During this time he learnt that his sister, who had been selected for work at Auschwitz-Birkenau, had died soon after liberation.

Coming to the UK 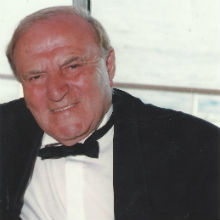 While Leslie was at the monastery, he was told that the British government were allowing 1,000 child survivors to come to the UK. Leslie was one of this group who became known as ‘The Boys’. Leslie went on to marry and settled in Canada, having two children. He has since returned to the UK and now regularly shares his experiences in schools and colleges across the country.

Despite all of his hardship and suffering, Leslie promoted the important message of love beats hate. He encouraged Year 9 to see all people as human being, and all human beings as people to love.

This was a fantastic opportunity for Year 9 and students learnt a lot from his testimony. Whilst many of the students said how sad his story were, they all said how interesting it was, and how inspired it made them feel.

“I felt really sad after listening to Leslie’s story and all the suffering he went through but I was also inspired that despite all of this suffering he could come and talk to us about his story.” Isaac. Year 9

“It was interesting to hear Leslie’s testimony as it was a verification of what we learned last year in our history lessons and it brought the facts to life.” Bonita, Year 9

“I think it’s really important that we listened to Leslie’s story. Leslie was the same age as me when he was taken to a Concentration Camp and it made me realise how lucky we are that life is different today.” Joshua, Year 9