Fabulous revision resources can be found for Year 11 at the following link: https://t.co/DLqGHgEpxJ

Red Nose day is 19 March Mr Bridges has set himself an ambitious challenge, please have a look and donate if you can. https://t.co/q1SLB8dPlK... https://t.co/iLlAJy686z

Red Nose day is 19 March Mr Bridges has set himself an ambitious challenge, please have a look and donate if you can. https://t.co/oznxmWK1WE https://t.co/Ka9pNjDzig

The latest edition of our HAR from Home Newsletter has been published on our website today. We hope you enjoy it. https://t.co/0je6shNLXn

Harris Academy Rainham has been accredited for transforming practice in Principled Curriculum Design within SSAT’s Framework for Exceptional Education. https://t.co/nHGdmhdmFF

.... This is to ensure we can maintain social distancing and year group bubbles for the safety of all children. There is a summary of the dates and timings for year groups attached - however you must refer to your letter when received for the exact time of arrival. https://t.co/cQUJSkNa3j

Parents/Carers will receive a letter in the post this week with full details on arrangements for returning to school and with the exact date and time for each individual child. Please note that children must only come to school at their allocated date and time... more

... and encouraging teens to start loving life, to become their very best self, with tips on how to stay cool under pressure and be determined and most importantly ‘happy’. Individuals will need to register in advance for this session via libraryevents@havering.gov.uk

Shakespeare’s signature on a house purchase was one of the rare documents students learned about during a visit to the London Metropolitan Archives recently.

We toured the archive, which is home to an amazing range of documents, images, maps, films and books about London, and also watched people restoring old documents. 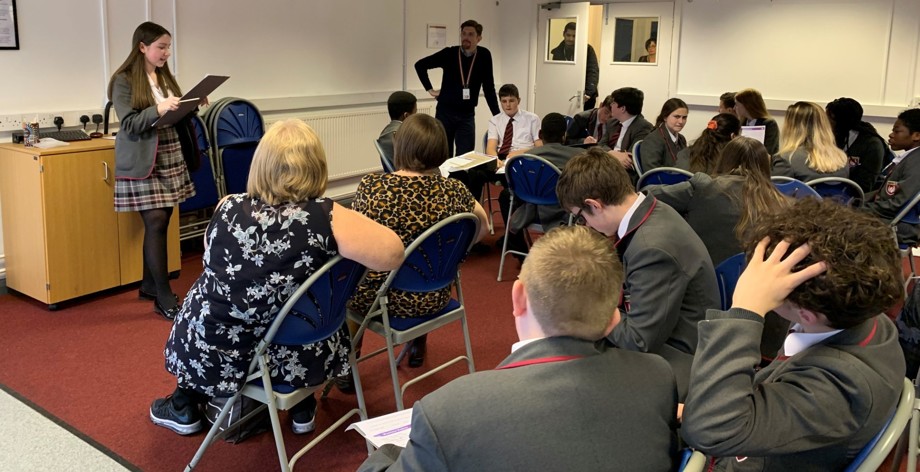 After the tour students looked at documents relating to World War II and used these as an inspiration for their own Haiku poems about the war. Kitty is pictured above reading her Haiku.

The poems will be entered into a competition and the winner will have theirs published in an anthology to be produced by the London Metropolitan Archives to promote the work they do.

Students also learned about what the blackout was like during the war by taking part in a blackout activity.

Everyone enjoyed the day and was a real credit to the school. A big thank you to the London Metropolitan Archives for making this visit possible.

Below: looking at old London Transport posters during a tour of the London Metropolitan Archives. 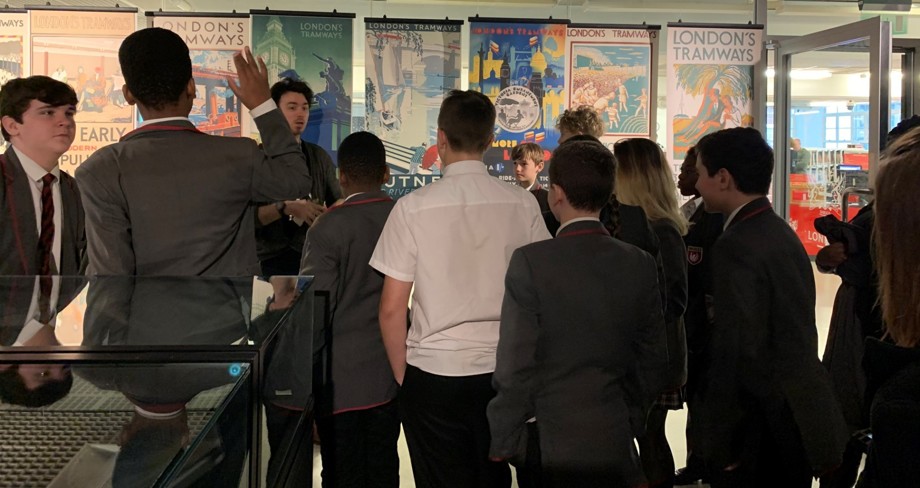